The Bozeman Daily Chronicle’s lead sentence says it all:

The ribbon is finally cut: 12 acres on the southern edge of Bozeman’s iconic Peets Hill have been saved from development. 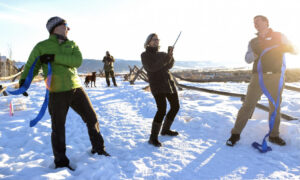 In a Jan. 21 eNewsletter The Trust for Public Land offered “eight places to savor the season,” and among the greatly diversified locations was Montana’s Swan Valley. Recommendations for seasonal fun also include Maine, Florida, Arizona, California and Colorado. Here is what the TPL says about the Swan Valley:

In northwestern Montana, the Swan Valley stretches from the Mission Mountains to the Bob Marshall Wilderness Complex—an expanse of lakes, ponds, marshes, and streams that together support a riot of wildlife, from mule deer to moose. Come winter, the landscape is swallowed by snow, and another mammal—the sled dog—takes center stage. A number of “mushers” operate businesses in the area, their teams of dogs pulling tourists over miles of terrain. The Trust for Public Land, working with other conservation groups, has protected thousands of acres in and around the Swan Valley. (The effort was part of the 310,000-acre Montana Legacy Project, one of the largest conservation undertakings in American history.) Among the dogsled tour operators in the area is Base Camp Bigfork. [Explore our work in Montana.]

A teacher leads an after-school class in ecology on a snowshoeing adventure in the Swan Valley, MT.  Photo Credit: © Ted Wood 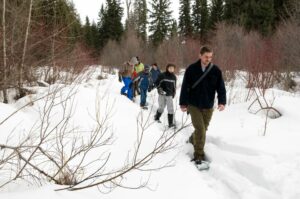 Curious about conservation? Join Bitter Root Land Trust Stewardship Coordinator Kyle Anderson and Executive Director Gavin Ricklefs on Tuesday, January 25 at 6:00 PM (MST) for a virtual “Conservation Conversation” as they share exciting updates on various BRLT conservation projects, including the C. Ben White Memorial fishing and recreation access site and trail system that is underway on the West Fork of the Bitterroot River.
Click the link below to register.
https://forms.gle/f5dxArSJsX5VnuEA6 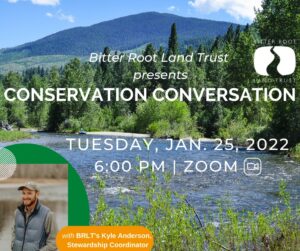 From a GVLT social media post: We are thrilled to report that as of yesterday afternoon, Peets’ Final Piece is officially protected from the threat of development forever. 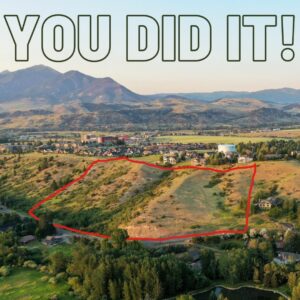 “Though some advancements have been made, there are many questions surrounding the causes and spread of chronic wasting disease,” said Blake Henning, RMEF chief conservation officer. “These studies will help biologists and game managers better develop science-based disease management practices to benefit elk and other wildlife.” 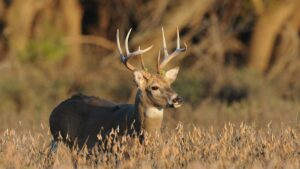 The organization that is now known as Five Valleys Land Trust started small, with a $100 grant in 1972 to work on a riverfront park concept. Five decades later, Five Valleys is celebrating its 50th anniversary with close to 100,000 acres conserved across ten counties as a western Montana leader in outdoor recreation projects and partnerships.

From a Five Valleys newsletter: We are humbled to be celebrating 50 amazing years of serving our western Montana community. Guided by our 2021-2024 Conservation Initiatives, we continue to deliver on our core work while seeking opportunities to innovate and collaborate in order to meet current and emergent needs throughout western Montana.

There is much to celebrate about our past five decades, and even more to embrace as we enter our next half-century. As 2022 unfolds we look forward to sharing the many ways in which you can join in to celebrate and support the lands you love. Stay tuned!

Congratulations to everyone at Five Valleys Land Trust, and to all who contributed to its ongoing accomplishments. 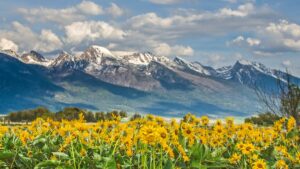 A brief video highlights the conservation and outdoor recreation projects The Montana Land Reliance is working on throughout the state. 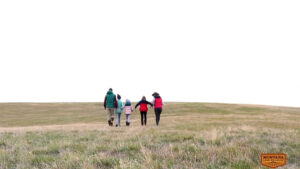 Flathead Land Trust ended 2021 on a high note by completing a 39-acre conservation easement south of Columbia Falls near the Flathead River.

“My sister (Diane) and I were thankful to be able to work with Flathead Land Trust in order to place a conservation easement on our land to assure the property will remain agricultural and that the flora and fauna will remain relatively undisturbed into the future,” said property owner Charles Taylor.

The property includes “prime farmland” and “soils of statewide importance” as determined by the Natural Resource Conservation Service.

Five Valleys Land Trust, The Nature Conservancy in Montana, and Bonner Property Development have teamed up to maintain public access at the B Hill (“B” for Bonner).

Bitter Root Land Trust Executive Director Gavin Ricklefs and Bitterroot Star Publisher Michael Howell recently had a discussion about BRLT’s work and the value of open land conservation, and their conversation generated an article about the history of open lands conservation in the Bitterroot Valley titled Big sky and open space – Bitter Root Land Trust key to preserving it.

The article touches on BRLT’s growth as an organization and its service to the greater Bitterroot Valley, on local landowner stewardship, Farm Bill agricultural easement programs and the NRCS, and perhaps most importantly, the Ravalli County Open Land Program. The article also focuses on the Burnt Fork area of the valley, a focal point in Ravalli County for land conservation.

From the article: “We’ve sure been fortunate that so many landowners have made this decision,” said Bitter Root Land Trust Executive Director Gavin Ricklefs while standing on benchland overlooking the Burnt Fork drainage. “The valley’s going to be better for it.”

The Bitter Root Land Trust has also leveraged a significant amount of federal funding, through the Farm Bill, aimed at preserving family farms, to make the open lands bond fund money go even further. Currently about one quarter of the original $10 million Open Lands Bond remains.

“What’s encouraging to me in times like this, especially in these pulses of activity, is how everybody feels it and the sense that we need to act. People really care about this place and it’s independent of politics, tax bracket, or occupation. There is this thing that we all care about so much. We take that awe and respect for what’s all around us and bring it down to the places we’ve got here that connect us to it,” said Ricklefs.