Prickly Pear Land Trust is the new owner of 322 acres of former ASARCO East Helena land that will be conserved, eventually made accessible, and later be conveyed to the East Helena Public Schools.

“This is just a phenomenal opportunity for us to create a long-term legacy,” Scott Walter, chair of the East Helena Public Schools board, said. He added later it was a great education opportunity for students.

In a Helena Independent Record article, PPLT’s Mary Hollow said six of the eight miles are now dedicated for the trail. She said PPLT is still working with private landowners on the remaining two miles, and added the 322 acres was a “real crowning point of the project.” 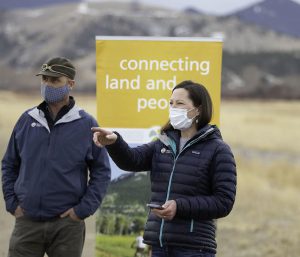