The Rocky Mountain Elk Foundation recently presented a series of awards to the major project partners that made the Elkhorn Mountains public acquisition project possible. The project closed earlier in September during an event in the Elkhorns attended by project partners, the media, and area outdoor organizations. 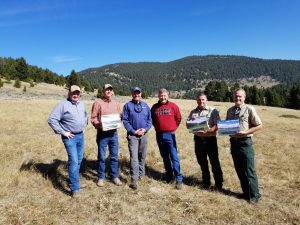