The Vital Ground Foundation and the Yellowstone to Yukon Conservation Initiative have partnered to acquire 80 acres of key wildlife habitat near the confluence of the Bull and Clark Fork rivers in northwestern Montana.

Vital Ground reports the Bull River-Clark Fork linkage area provides a habitat connection of regional importance for grizzly bears and other wildlife species. In Montana’s northwestern corner, grizzlies exist in much smaller numbers than they do in and around Glacier and Yellowstone national parks. The project conserves a southward pathway from the Cabinet-Yaak Ecosystem, home to a recovering population of around 60 grizzlies. Biologists have documented only a handful of movements over the years between that population and neighboring ones but consider connectivity between ecosystems crucial for the species’ long-term survival.

The key 80-acre parcel was purchased from a conservation-supportive landowner, and the property “will be stewarded to maintain fish and wildlife habitat while preserving the rural character of the state’s northwestern corner.” 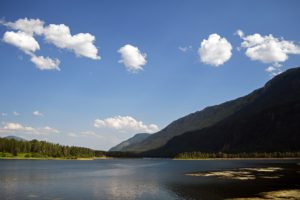