S 2256, the Charitable Conservation Easement Program Integrity Act, was introduced by Daines and Senators Ron Wyden (D-OR), Chuck Grassley (R-IA), and Debbie Stabenow (D-MI) in the Senate. An identical bill, HR 4164, was introduced in the House by Representatives Mike Thompson (D-CA) and Mike Kelly (R-PA), which makes the effort to stop the abusive syndicated transactions both bipartisan and bicameral.

“Montana farmers and ranchers work hard to conserve our lands while scam artists are taking advantage of the conservation easement program,” Daines said. “This type of abuse cannot continue. My bipartisan bill will go after bad actors and help save taxpayers billions of dollars while promoting conservation across the nation.”

MALT and its members are grateful for Senator Daines’ leadership on this issue.

The Integrity Act came close to passing in late 2020 during a lame duck session of Congress, but ultimately was not attached to any of the COVID or legislative stimulus packages. It is clear that syndicators will not stop until they are stopped, and it appears it will require IRS enforcement and congressional legislation to stop them. 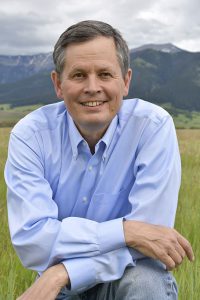