Kaniksu Land Trust, in the waning hours of 2020, closed a 44-acre conservation project on the Bull River in far northwestern Montana.

“This is a wonderfully important parcel of land in terms of both wildlife habitat and preservation of the scenic view corridor of the Bull River Valley. KLT is honored to support the permanent protection of this private land and humbled by the landowner’s commitment to preserving a particularly wild corner of western Montana,” said Regan Plumb, KLT Conservation Director, in an article on the KLT website.

Fish, wildlife, and plant communities also benefit from the project. Montana Department of Fish, Wildlife & Parks have recorded sightings of sensitive species such as grizzly bear and lynx in the area, and the East Fork Bull River is of particular importance to spawning and migrating bull trout. The project area also protects access to several miles of streams that are projected to maintain cold water temperatures despite potentially fluctuating environmental conditions.

Far to the east of the lush Bull River Valley, in the dry desert Breaks, The Conservation Fund is partnering with the Bureau of Land Management. The project calls for TCF to transfer 317 acres of land inside the Upper Missouri River Breaks National Monument into BLM ownership, opening the land – and adjoining lands – to improved public land access. The project is still under consideration, and a Lee Newspaper article pointed out the BLM is accepting comments on the proposal. LWCF funding helps make the project possible.

In 2020, The Conservation Fund bought the two parcels in Chouteau County, south of Big Sandy, with the idea of one day selling the land to the BLM.

The BLM is proposing to buy the land to “enhance public access and recreation opportunities within the Missouri River corridor; to maintain or improve important wildlife habitat; to consolidate public ownership; and to reduce the management complications common with scattered landownership patterns,” according to the BLM’s environmental assessment. 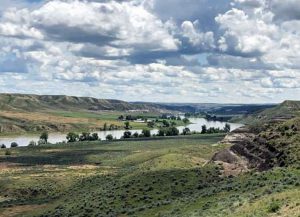 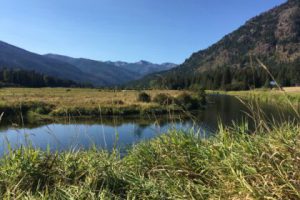