Mark Lambrecht, former director of government affairs for the Rocky Mountain Elk Foundation, has been named the new assistant director for the Bureau of Land Management’s National Conservation Lands and Community Partnerships program. The official announcement was made Dec. 3, and in early 2021 Lambrecht and wife Amy will be moving from Helena to the BLM’s new headquarters in Grand Junction, CO.

Lambrecht had “played an important role in securing support” for the Great American Outdoors Act, which among other things permanently funds the LWCF.

“I’m honored to have this tremendous opportunity to help secure the future of BLM’s conservation lands to benefit the recreational, cultural and economic interests of all Americans and the diversity of fish and wildlife supported by them,” Lambrecht said in a statement. 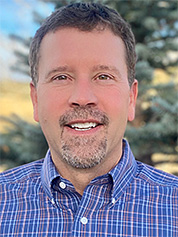