The 630,000-acre transaction between Weyerhaeuser and Southern Pine Plantations was completed on March 26, and the Georgia-based company sent some positive signals after its purchase had been finalized. An article in the Flathead Beacon suggests SPP will – at least initially – continue the tradition of allowing recreational access on the lands, and also reports that SPP continues to work with The Trust for Public Land on a 7,200-acre conservation easement that would border Lost Trail National Wildlife Refuge.

From the article: According to (SPP Vice President) Pat Patton, SPP has been in talks with organizations including the Trust for Public Land about moving forward with the Lost Trail easement.

The article also indicates SPP will renew the Montana FWP Block Management Program agreement once the existing agreement expires in May.

These are positive signs from SPP, but the long-term disposition of the 630,000 acres is vital to western Montana’s economy, culture and way of life. 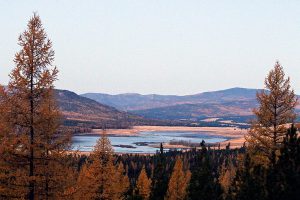